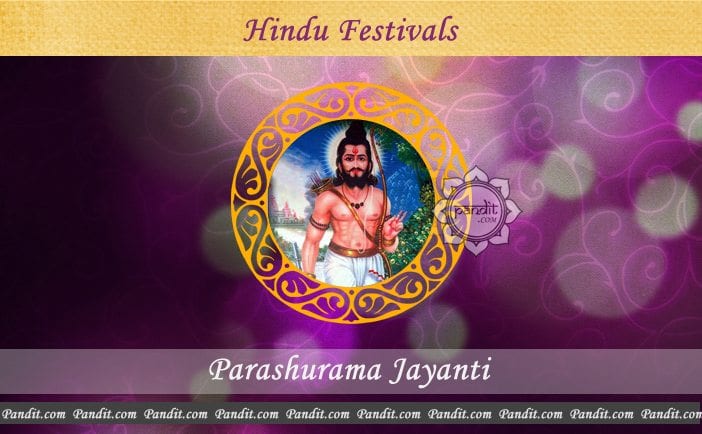 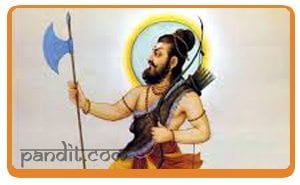 Kshatriya’s King was a cruel person, he killed Kama Dhenu and Jamadagni cow. Parshuram decided to kill all Kshatriyans to take revenge. All Kshatriyans started running away because of his terror and no one was there to protect the Earth. Because of all this Kashyap Muni ordered him to leave the area and start living in Mahendra mountain.

The birthday of Parshuram, that is on the third of Shukla Paksh in the month of Vaishakh, is called Parshu Rama Dwadashi or Akshaya Tritiya. People keep fast on this day stay at Brahmiok. They believe keeping fast on this day will help them to be reborn as a great king. It is also believed that all good done on this day helps in removing the sins of the past. It is said that this fast opens direct way to Treta Yug.

Birthday of Lord Parshuram is celebrated from the medieval period. It is mainly renowned in north India. It is celebrated by keeping fast, chanting mantras, and Satsang is held.

Parashurama  was the avatar of Lord Vishnu. His mother was a saptarishi named Renuka. He was the last Dvapara Yugas and treta yugas’ Hindu. He received his axe from Lord Shiva after praying to him for long time. He played a very important role in Ramayana and Mahabharata by giving his teachings to Bhishma, Karma and Drona.

Ravana’s son Indrajit  and Parashurama were only human on earth that had three weapons namely  Pashupatastra, Brahmada Astra and Vaishnava Astra. Parsshurama was a follower of Lord Shiva. He learned all arts of warfare and scriptures for him. Lord Shiva himself tought him the techniques of war. Lord Parshuram is also worshipped by the name ‘mulapurusa’. He was a founder of Chitpavan, Niyogi, Daivadnya, Devrukhe, Mohyal, Anavil, Nambudiri Brahmin and Tyagi communities. He was considered as one of the most famous rishis of Kaliyuga. It is said that he will reappear as tenth avtar of Lord Vishnu named Kalki.

What are the rituals of Parashuram Jayanti?

Following are the rituals that are followed on this day:-