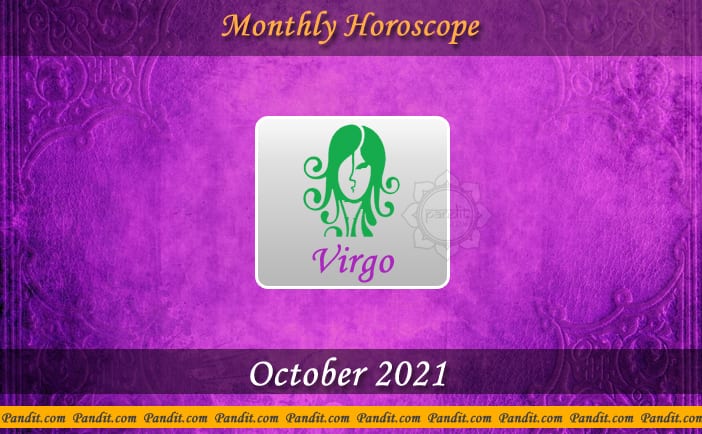 A month during which the stars are out to bless your health and you really have very little to worry about. There are grounds however, to be careful in treating any sudden illness of the acute type without any loss of tonic. If treatment is administered expeditiously you have nothing to worry about, since such an affliction, if at all it troubles you, would in any case be brief.

Even a tonic for your chronic disorders would give you much relief this month because of a favourable stellar configuration. A good month, during which you have nothing much to worry about on health grounds, except just this little bit of care.

This month your financial prospects are quite beneficial and you should do very well. Writers, painters and others of their caliber should do very well in commercial terms and also have much satisfaction at their creative output. Traders should also make a lot of money, and what is more realize their complete profits. In fact, most of you should be able to realize your expected gains in full.

Further, the climate would remain congenial for investment and the launching of new ventures, and those of you who have such plans on the anvil, should put these into motion. Further, any pending loan application with banks or financial institutions, or proposals for fresh advances would also get expeditiously cleared.

No encouragement for your professional prospects during the coming month, since the combination of stars facing you is hardly favourable. Your efforts would fail to produce expected gains and this would tend to disappoint you considerably. This would be despite your hard work, of which there would much more than usual.

No significant quantum of travel is indicated. As such no windfalls or even minor gains can be expected because of any travel. In fact, professionally this month may well turn out to be a straight horizontal line, without any ups or downs. The saving grace could be the satisfaction you would derive from association with people of learning and of spiritual status.

This will be a beneficial month for your educational prospects, since the stars are quite favourable disposed. Students of electrical engineering, electronics and medicine, especially surgery, would have good reason to be satisfied with their performance. Some of them would even score notable success.

This would also be true of those pursuing languages, journalism and other forms of mass-communication. Most of you would also have the drive and motivation to get to the top, something that will greatly benefit those sitting for any competitive examination. Further, most of you will also be blessed with the above average mental faculties which would help a great deal.

Nothing particularly favourable about the augury from the stars this month, in so far as gain from travel are concerned, since the stars are not too favourably inclined. Most of the travels undertaken by you would be official in nature. This would be mostly by rail or by road with some of it being possibly, by air.

However, all your sojourns are unlikely to bring in the expected gains. In fact, even the most favoured direction, i.e. North, would fail to be beneficial in any significant way. Since you would be facing an adverse set of circumstances, you would do well to cut down your travel plans, to the minimum.

Your family may have rough going during the coming twelve months because the stars are not too favourably placed. You all may not do too well financially and things may come to such a pass that some of you may get, into serious debt. Expenses should be carefully placed well in advance so that such a possibility may be averted.

The family atmosphere would also be vitiated by strife and discord. There is the likelihood of serious differences with your maternal relatives. In such an atmosphere, children would tend to behave in an ill-tempered manner and also not perform too well in their studies and other extra-curricular activities. Supervise their activities closely, giving more time and energy for this.

A month during which your children should do well for themselves since the stars are quite favourably disposed towards to their affairs. Most of the children would do well in studies as well as in extra-curricular activities. Those studying in any area of accountancy would fare exceedingly well.

Those pursuing the fine arts like music, dance, drama, and the like should also do quite well. The behaviour of most of them would also be quite pleasant and they would display proper regards towards their elders. There is some reason to be apprehensive about the possibility of an injury.